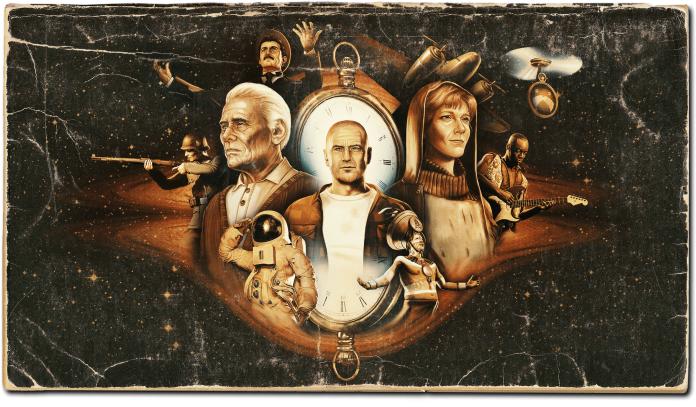 We are going to see some exciting virtual reality (VR) videogames released in 2021 and one in particular has just been announced which has caught our attention – Wanderer. Created by a New Zealand game studio, Oddboy and M Theory, Wanderer is set to be available on all major VR headsets sometime later in this year in Q3. The puzzle based, time-travelling adventure game will send us on a journey back through history to prevent the collapse of civilization itself.

Taking on the role of Asher Neumann, the game begins in the year 2061, as we awake in an alternate, apocalyptic timeline, where a mysterious wristwatch we discover at our grandfather’s apartment unlocks the power to traverse time and space. The journey will take players through a series of major events through time, where we must right wrongs in the hope of saving mankind.

TRAVEL BACK THROUGH THE AGES, CHANGE THE COURSE OF HISTORY AND PREVENT THE COLLAPSE OF CIVILIZATION.

“Experiment alongside frenzied inventors, play to an endless crowd of hippies, defend ancient civilizations from invasion, decode covert messages in the midst of war and uncover the secrets of the space race – will you follow what you know to be true or are there forces at play beyond your control?”.

Its creators say that it will mix escape room-style puzzles with hands-on action sequences “that will see you bring together objects and events from various time periods in sometimes unlikely and inventive ways.”

Wanderer is expected to launch on PSVR, SteamVR and Oculus headsets in Q3, 2021. All versions of the game will fully support motion control, including PSVR.