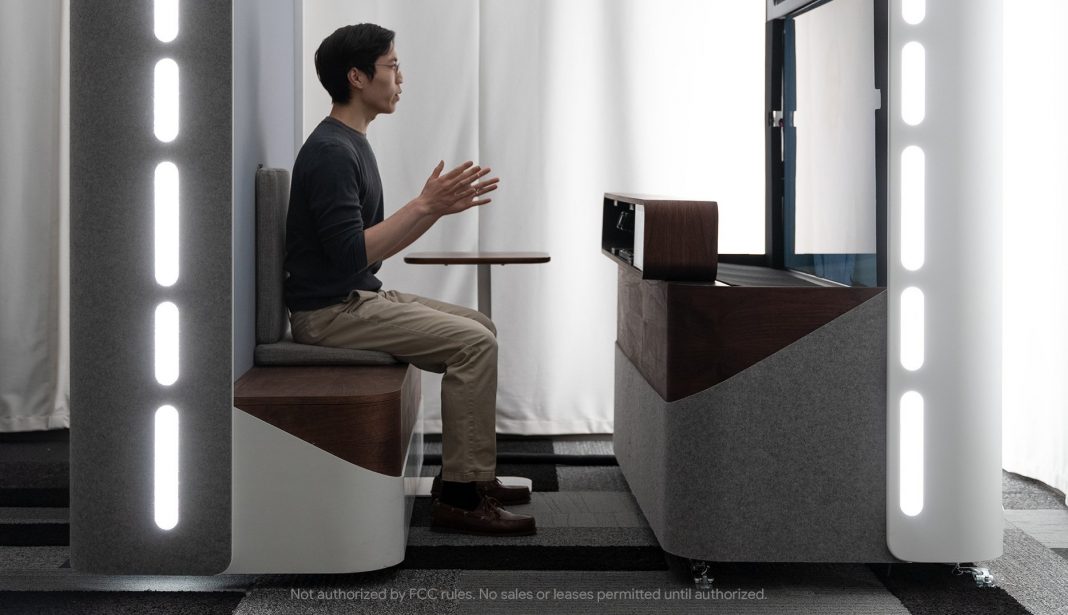 Google has been researching into light fields and they’ve already produced a glasses-free 3D display technology called “Project Starline” – which will be available at a few of its offices.

Google revealed the project as part of its annual developer conference this week, posting specifics to its Google blog page. It is being pitched as operating like a “magic window” which relies on “custom-built hardware and highly specialized equipment”. With advanced research in real-time compression, spatial audio, computer vision, and machine learning they hope to provide the feeling of a person sitting right across from you, like they are really there, no matter the physical distance.

This image was posted on Twitter by Google’s Vice President of AR and VR, Clay Bavor. It shows the considerable size of the system needed for Project Starline, which helps explains why, for the moment, it is only being deployed in a select few of Google’s own offices.

Google also posted this video, showcasing their latest technology which they hope will be used for person-to-person interaction. They say it will provide “a sense of volume and depth that can be experienced without the need for additional glasses or headsets.” An AR experience, without the wearable hardware. The company says it plans to trial deployments of Project Starline with some enterprise partners later this year.

There was no indication of cost at this time, but we can safely assume it will be well in excess of what would be needed to put it within reach of the average consumer.

Project Starline certainly looks to be an impressive development from Google.