Home What is augmented reality?

What is augmented reality?

AR differs from virtual reality (VR) because whilst you still see your real world surroundings it is the AR technology which simply adds to it. If we use the Pokémon Go game for example, you use the camera on your smartphone device to ‘look’ for the Pokémon in your environment. This could be in the garden, at the park or in your home. You are still seeing these environments as they truly are – but the Pokémon appear on screen within it. We know these Pokémon aren’t real, it is the augmented technology that superimposes them onto what we are looking at.

Augmented Reality (AR) has come a long way since it made its first debut in the 1994 novel Virtual Light. With applications in a number of industries ranging from entertainment to scientific research, AR is proving to be a supremely beneficial technology that has already achieved significant proliferation amongst the commercial, academic, and general publics.

Marker-based AR
In marker-based AR, a visual marker is used to trigger a result once this is detected by input stream such as cameras. OCR and algorithms are then used to understand the visual precepts surrounding the user. Visual markers can include the now-ubiquitous QR codes with several implementations of this technology making it to the mainstream market including the recent marketing effort by a certain fast-food brand.

Marker-less AR
Marker-less AR uses location information to super-impose information on the user’s visual stream. Because of this, marker-less AR is also referred to as location or position based AR. One example of this technology is the recent phenomena of Pokémon Go where users had to travel to specific locations to capture little monsters visible through AR and HUD (Heads-up Display) available in a number of cars.

Projection-based AR
Projection-based AR is the projection of imagery onto the real-world. This is achieved in several ways including traditional projection and the more futuristic laser-plasma technologies. In laser applications, voxels are used to create a hologram one can actually touch with a number of advancements already made in this regard. What this means is that we now posses the technology to develop lightsabres, so start saving up.

Superimposition-based AR
In this AR application, an image is superimposed on the users’ view, usually through a screen such as the ones available on a mobile device. Several applications of this type of AR can be found in many smartphone apps including constellation identification (which actually combines a number of AR categories) and furniture purchasing applications that allow the user to see how a piece of furniture will fit in their space before making the purchase.

All categories of AR make use of different input and output devices including cameras, screens, lasers, and other sensors like accelerometers, gyroscopes, and gps to name but a few. Algorithms also play a vital role, bringing everything together in order to create a result. All of these technologies together to understand the environment and its conditions and thus be able to augment the user’s reality.

As Moore’s Law continues to hold true, devices capable of AR will become ever more ubiquitous and the processing power to process AR becomes ever more abundant. Because of this, applications and technologies will continue to advance to provide us with a world we have never seen before. Literally.

What is augmented reality in simple words?

Photography – This is perhaps the most popular use of AR technology today. When most people hear of AR they are unaware that they probably already use it on a regular basis. We mentioned Snapchat in our earlier example and Snapchat is the most popular app at the moment for creating photos and media with augmented reality lenses and filters, boasting over 265 million users. It isn’t the only option of course, but photo enhancement apps are very popular and the ease at which they can be used with a mobile device will likely keep this use case at number 1. 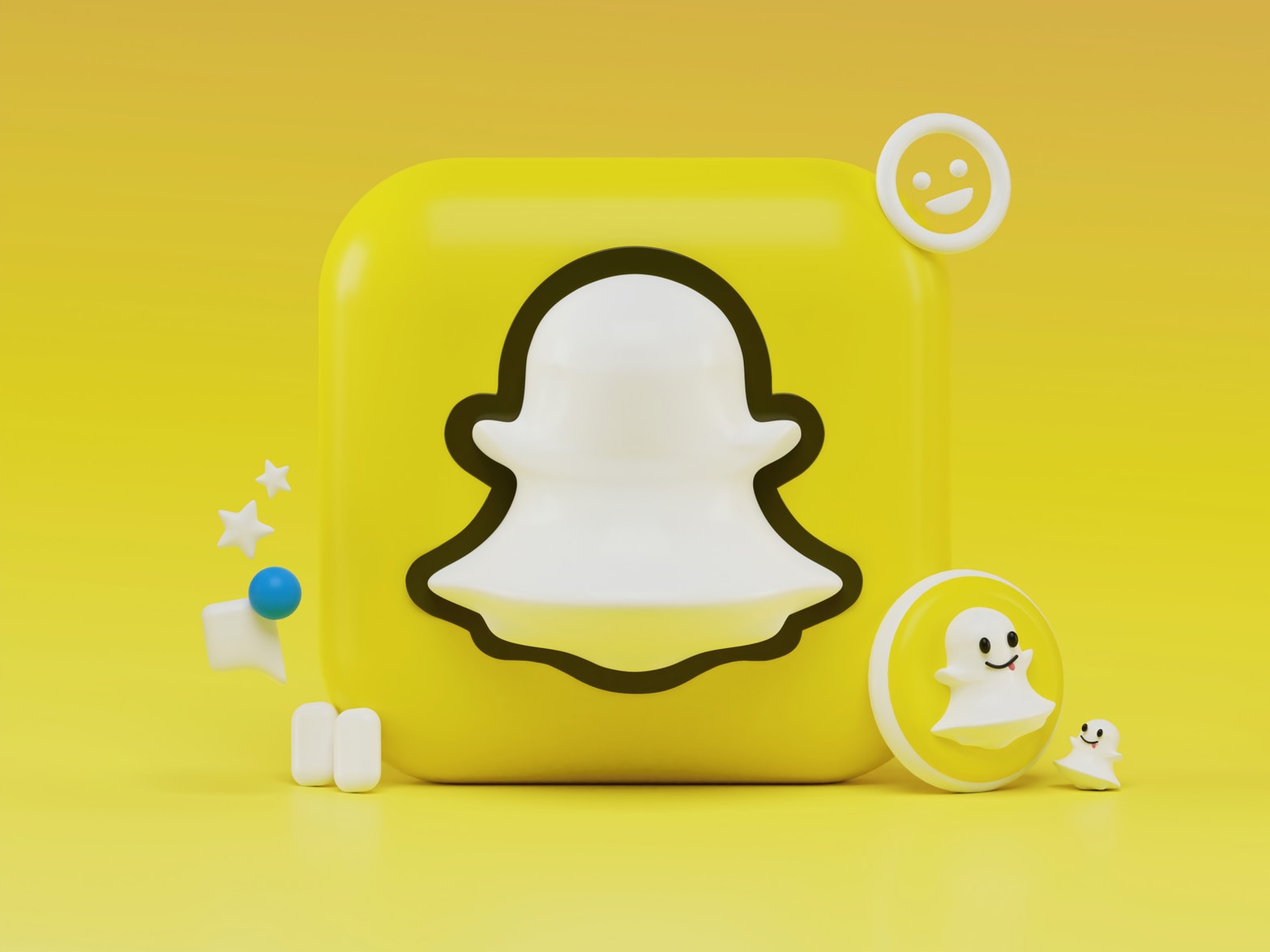 Navigation – Most of us have used satellite navigation at one time or another. AR wants to improve it and make it safer. A traditional sat-nav device usually displays a map on screen with instructions on when to turn and so on. An augmented navigation tool, or heads-up display (HUD) as they are known, displays all the information on the cars windshield via a projection. Not enough to block vision of the road, but rather a transparent visual guide. As the name suggests, it keeps the drivers head, up – no more looking away from the roads to check when the next turning is.

Sports – AR has been used in sports much more frequently these days because it allows the broadcasters to show us more in depth analysis. We’ve all seen the presenters analysing plays on screen with markers – this is AR. One of the more well known, and perhaps controversial uses of AR is in soccer. Superimposed lines are placed on screen to check for offside calls. It has been suggested that as the technology advances, it could remove the need for a human linesman altogether.

Watch the video below so see some other ways broadcasters hope to use AR technology in sport.

Retail – Retailers have been turning their heads to AR recently because it is proving a vital aid in sales. Customers no longer have to visualise what something may look like in their home – they can see it. Perhaps one of the first to get onboard was IKEA with their IKEA Place app. This allows customers to superimpose a piece of furniture, for example, and see how it would look in their own home. Paint specialist Dulux also released their own app the ‘Visualizer‘ which allows customers to ‘paint’ their own walls digitally to see if a particular colour works for them. Clothing retailers have also jumped on the AR wagon too, allowing customers to take a photo and see what pieces of clothing will look like on themselves. No more wasted time sending items back to store.

A survey suggested that nearly 70% of people who used an AR app for purchasing said it helped them make a better choice. So it’s easy to see why retailers are so keen to get in on the action.

Healthcare – Another exciting area which AR hopes to transform is healthcare. Imagine a surgeon is able to see a real time holographic visualisation of a patients actual anatomy which they can see during an actual procedure. They are even able to see and analyse accurate visuals of organs without even needing to cut open the patients body at all. It can also help train the doctors and nurses of tomorrow, allowing them to practice certain procedures without a real human body.

Tourism – Have you ever visited a place with an important historical meaning? Augmented reality can allow you to see historical sites as they was back in time. AR can superimpose an image from history onto a real life visual of todays world, allowing you to see what has changed over time. Imagine visiting London, New York or Paris and being able to see the changes over time, bringing the past to life. VR allows us to do that.

Changi airport Singapore – a demonstration of how AR can improve efficiency and accuracy is already in use at Changi airport, and airports across the world to help staff speed up cargo loading and to do so much more accurately. Amazon plays to implement a similar system inside its many warehouses to allow staff to locate and pick items much more quickly.

Military – Microsoft recently announced a $22 billion contract with the US army to develop what they are calling the Integrated Visual Augmentation System (IVAS) program. Microsoft will supply the US army with 120,000 custom HoloLens devices over the next 10 years (5 of which will be optional depending on the success of the program). The bulk of this deal is with Microsoft’s Azure computing services as the cost of the headsets themselves is only a fraction of the overall package. Using very high resolution, accurate thermal and night vision sensors,  Microsoft said that the IVAS “delivers a platform that will keep soldiers safer and make them more effective”.

Gaming – Pokémon Go is proof that AR in gaming can be immensely popular. At its peak, Pokémon Go was downloaded an astonishing 1 billion times, generating billions of dollars in revenue for its creators, Nintendo. It is clear AR can play a big role in this already competitive industry. One hurdle for AR in gaming is that it is currently confined to mobile devices. As such, AR currently falls into the category of ‘gimmick’ by many, as hardcore gamers still continue to opt for PC, consoles and VR headsets to fulfil their gaming needs. However, the immense popularity of mobile gaming will not be lost on the gaming’s industry leaders who must surely realise its potential for a casual consumer. With the release of more AR capable devices, the rumoured Apples glasses, perhaps, things will get even more interesting.