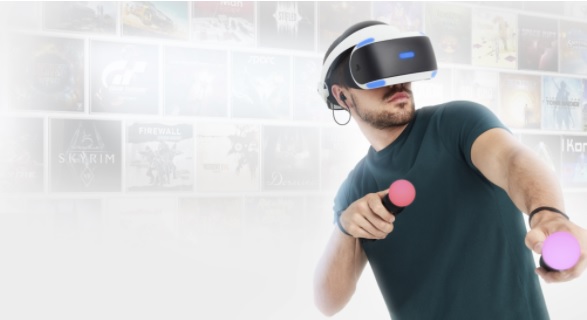 The system, indicated in documents filed by the company, would allow Sony to shadow ban VR players, through monitoring based on the users gestures and language.

Dated May 4th 2021, the filing, to the United States Patent and Trademark Office, defined a number of things – including shadow banning users on the PlayStation VR network. With Sony announcing its second generation PSVR – due to launch next year – we wonder what implications this could have.

Sony has labelled the filing under “Shadow banning in social VR setting”. Amongst the filing was the specific means of “recognising and tracking” the behaviours of any user within a social application. This would allow Sony to use a system to identify “inappropriate” gestures, language or movements and assign a “safety rating” for that user. When compared guidelines set by the company, any user deemed to breach them would be identified as a “griefer”.

Shadow banning (sometimes referred to as stealth or ghost banning) is the term given the practice of developers discretely banning players (completely or partially) from their online community without prior warning or notification. Often the user isn’t even aware they’ve been shadow banned. For example, a shadow ban on social media could mean the users content isn’t displayed to anyone. They wouldn’t know they have received a shadow ban, they would simply just assume that nobody had interacted with it. This is sometimes used to reduce spam.

Shadow banning has been around for some time. While the practice itself isn’t new, it could become more complex in a virtual reality (VR) scenario. Immersive technology is inheritably more physical in its use than in conventional gaming, so defining and interpreting “inappropriate gestures” could become controversial.

Features like this may become necessary in time as VR expands as a platform. The security and privacy of any user’s actions within that social VR experience however, become questionable. Facebook already received mixed opinions on their decision to make Facebook account login compulsory for access to its Quest and Quest 2 headsets.