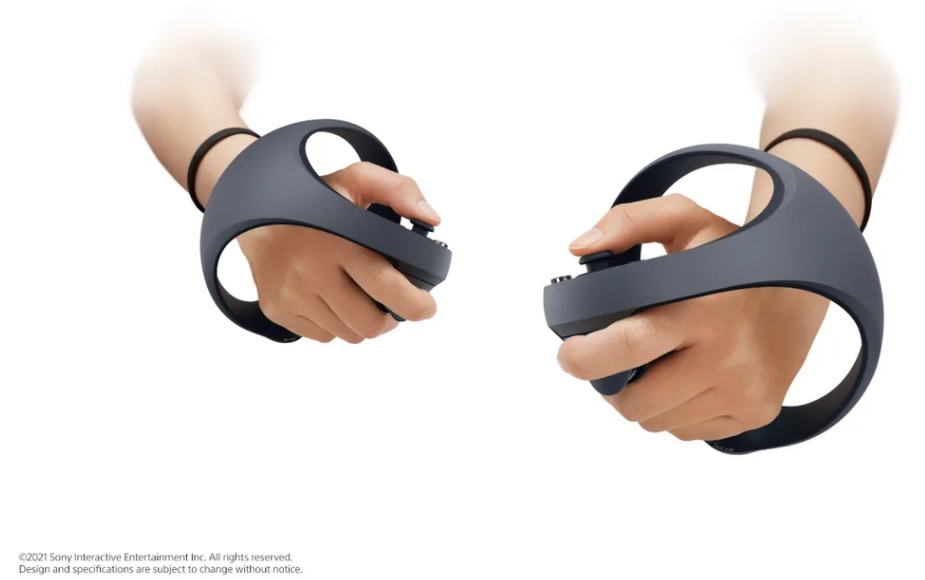 Rumours have begun circulating online that the next-generation Sony PSVR headset for PlayStation 5 will feature some impressive upgrades over the current model.

Sony’s new headset will feature a much higher resolution, inside-out tracking, a vibration motor for haptic response, and even foveated rendering (eye-tracking). Sony had previously confirmed it is developing it’s next-generation VR headset for the PS5, expected to release sometime early-mid 2022. They have already revealed the design of the controllers for the upcoming device, which feature analogue sticks and finger position sensing. They will also copy over a feature of PS5’s own DuelSense controllers, by also having resistive triggers which will provide some haptic feedback when pressed.

The rumoured PSVR will also use a USB Type-C connection between the console and headset. The PlayStation 5 console itself features a single USB-C port on the front of the device.

The first generation PSVR has only 1MP per eye.

One of the things some VR headsets often lack is adequate IPD adjustment. The Quest 2 for example only has 3 levels and the original PSVR didn’t allow any adjustment at all. Being able to set the right level can be very important not only for the best experience, but also for comfort. The latest device is said to have a lens separation adjustment dial – for just that.

One of the most interesting rumours is gaze tracking, which would be capable of foveated rendering. Foveated rendering is a rendering technique which uses an eye tracker integrated within a virtual reality headset.

The PSVR 2 is also alleged to be utilising an inside-out tracking system, which means the headset will use on-board cameras to track its location as well as the location of the controllers. This is the same system that has been hugely successful in other headsets such as the Oculus Quest.

In the current generation of PSVR, the headset relies on the plug in camera for its tracking. This had limited the range in which the user could play in, as well as affecting the overall quality. With inside-out tracking, it is possible to use 360° tracking, opening up room-scale play areas for users.

One feature which could set it apart from rivals such as the Quest, is the mention of a motor in the headset to create a head-mounted haptic system. If true, PSVR 2 would become the first consumer headset to include this type of feature. The feedback would be provided by a vibrating motor, which would allow the headset itself to vibrate in order to provide the sensation to the user.

We wouldn’t imagine it being anything stronger than what you would feel from a DualSense controller, but used together, it could produce an interesting combination. The option for gamers to ‘feel‘ headshots could help transform the gaming scene completely.

Sony’s original PSVR headset has sold more than five million units since it came out in 2016. This is a number the rival Quest 2 unit is closing in on just 7 months after its release. Virtual reality gaming is growing quickly, and these latest rumours suggest PlayStation is keen to maintain its position as a pioneer.

If the PSVR sticks to its mid-2022 release date, it could be some time before any of these rumours are officially confirmed.