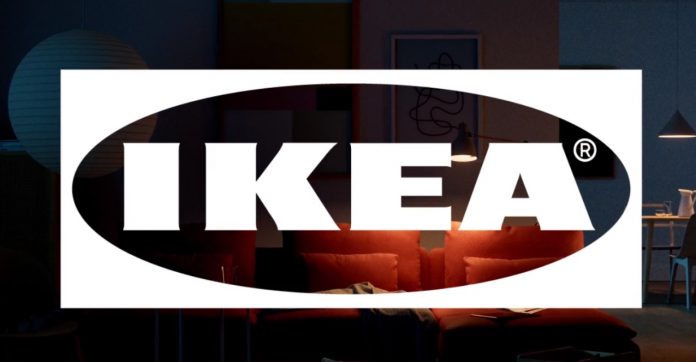 Back in September 2017, Apple made IKEA a launch partner for its ARKit in the iOS 11 keynote. The furniture mammoth took the lead in consumer use of the technology in retail. Launching first with the IKEA Place app, which let you place digital furniture anywhere inside your real home environment.

Now they’ve taken it a step further with the (beta) launch of its newest app, IKEA Studio. The new app will allow users to fully customize entire rooms with IKEA branded furniture and accessories. Customers can now change the colors of their walls and arrange multiple pieces of furniture in the same room.

The app has been created by Copenhagen-based lab, SPACE10. IKEA hope it will revamp its current AR offering, IKEA Place. IKEA Place only allows a single piece of furniture to be added. With IKEA Studio, we can add many.

IKEA Studio will be capable of detecting existing real-world objects in your home, such as doorways, windows and furniture. It will cover them automatically with a white box, which will allow you to completely redesign the room as you wish, such as changing the color of the walls, adding new furniture or decorating with IKEAs extensive range of products. It will also allow you to stack the furniture, such as sitting a lamp onto a table.

Tommy Campbell, digital design lead at SPACE10 had this to say:

“While we have developed what is right now a mobile application, we’ve also been interested in what devices like glasses might be able to do for this technology”…“So we’ve made very deliberate decisions to paint the vision of Studio as one that can exist on both the smartphone or in a glasses-like setting. We’ve also used a new renderer reality kit from Apple that lets us achieve a level of detail on these models that hasn’t been seen before in IKEA’s AR portfolio.”

The company hope to develop a solution with WebAR, which will allow customers to access the AR design app directly on the IKEA website, without the need for a mobile app. If successful, we could well see a number of other retailers getting on board with something similar of their own.

Campbell had said that “Chrome and Safari and Mozilla are all playing around with web AR experiences” adding, “Could that be the next platform? Instead of developing an iOS or Android app, can we have a web experience for Studio that would work for everyone?”

The app will therefore only be available on Apple LiDAR powered iPhones at this time. You can sign up for beta access here.

LiDAR works by using a scanner to determine the distance between itself and an object by calculating how long it takes a pulse of light, such as a laser, to bounce back. Similar to radar, except instead of radio waves, LiDar uses infrared light. LiDAR works by sending hundreds of thousands of light pulses every single second so that the LiDAR scanner can work out distances and object sizes with relative accuracy over small distances. This data can then be used to construct 3D models within the app.

Oculus seems to be testing Android apps on Quest