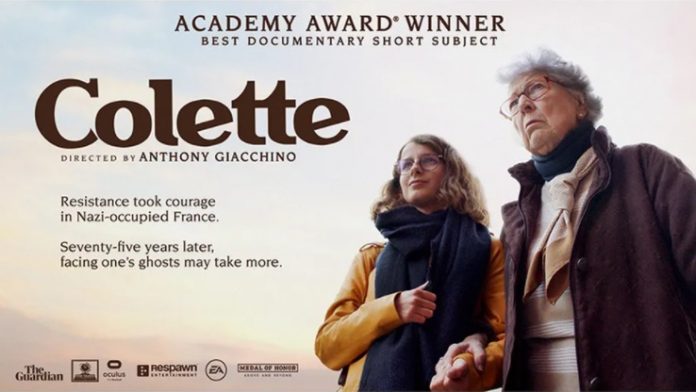 Facebook, Oculus and EA are celebrating today after a short film, Colette, scooped an Oscar in a first for the videogame industry. The short documentary film had featured in the Oculus VR game Medal of Honor: Above and Beyond.

The short film won the Academy Award for Best Documentary (Short Subject) in this years 93rd academy awards ceremony. Presented by Oculus Studios and Electronic Arts’ Respawn Entertainment, this is the first time a project from a videogame company has won.

The 24-minute film, Colette, was directed by Anthony Giacchino and features a French Resistance survivor, Colette Marin-Catherine, who is returning to Germany for the first time since the end of World War II. After refusing to set foot inside Germany for 74 years, she embarks on her journey to visit a concentration camp where her brother was killed in World War II.

The documentary is presented in a traditional 2D format, not actually in virtual reality, regardless whether you watch it in the Oculus TV app or elsewhere.

Facebook and Oculus will now be hoping that its recent win at the Oscars will revive some much needed attention for its Medal of Honor: Above and Beyond game – one which was not well-received by fans. The videogame was one of the biggest ever to be released in regards to its installation size – a whopping 170GB — most of which was down to the inclusion of the extensive historical and documentary footage.