HomeOculus to allow developers to sell subscriptions to their Quest apps and...
Featured 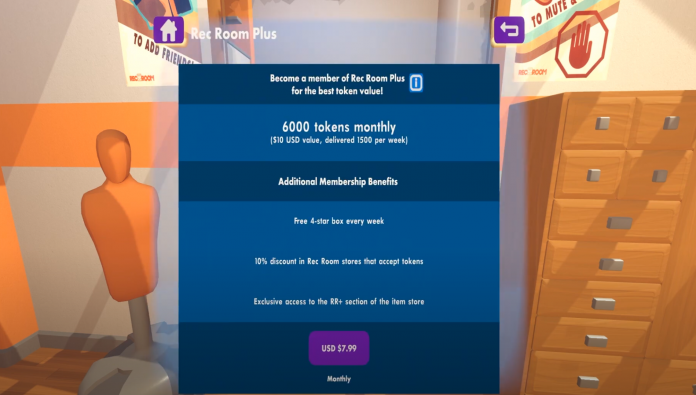 Mark Zuckerberg has today announced via Facebook that developers of app and games for its popular Quest 2 device can now offer subscription based titles.

Rather than offering them for a one off purchase price, customers can now subscribe to their favourite apps and games on a monthly basis. The idea is to give developers an easier, more sustainable way to develop their product, by offering new content, features, and unlockables for paid subscribers over time. Oculus has said that the approval process for apps which plan to offer subscriptions, will be similar to apps that already have in-app purchases and add-ons. Developers can also choose to handle the subscription process independently.

Further information was published to Oculus’ blog page which confirmed this will be available as of today. The first apps to offer this subscription based model are confirmed as FitXR, Tribe XR, Tripp, vSpatial, VZfit and popular social app Rec Room.

Rec room will offer its service at $7.99/month.

If you’ve already purchased or downloaded any of these apps, you’ll still keep any content that you already have access to.

Unlike an Xbox Game Pass – which offers unlimited access to its library of VR games for a monthly fee – Oculus is only offering subscriptions to individual apps for now. However Oculus will insist that developers offer a free trial period for every subscription-based title on its store. This means you can try before you buy, but trial periods will vary per app. While you wont get the full offering, you will get a feel for the app before actually parting with any hard earned cash.

Some apps will now require a subscription to be able to get any access at all. Some will be making subscriptions optional. Typically though, developers will now offer the majority of any new content to its subscribers rather than offering it as a free update.

So while gaming in VR may now become more expensive over the lifetime of the app, it does encourage developers to keep on pushing out new content. This will be good for VRs overall growth, and subscriptions certainly seem like a way to accelerate that. We expect popular fitness apps like those mentioned above will be the most likely to take on this service initially.

Expect to see more ‘free’ offerings on the store as more developers to bring this service to their own libraries in the future. Don’t forget to keep an eye on your trial periods however, as some will likely automatically opt you in to the paid version once it expires.